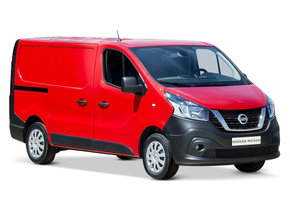 For years, Nissan has been one of the most popular car brands in Europe. There are many different models of this brand available nowadays. If you have a Nissan and have had an accident with it, you may need to have a rear window replacement for your Nissan. A brand dealer will often charge you a high price if you have the rear window replaced. Fortunately, this can also be a lot cheaper. You can save a lot of money by ordering an after marker rear window from us. You can read more about how this works later in this article. Before we look at how the rear window replacement of your Nissan can be a lot cheaper, we'll tell you more about the special history of this Japanese car brand.

The origins of Nissan

Like many car companies, Nissan has a turbulent past with many takeovers, mergers and collaborations. The very beginning of the company we now know as Nissan was in 1914 at Kaishinsha Motor Car Works. This company started the production of trucks under the brand name DAT. Later there was an extension to passenger cars. Datson was chosen as the name for this, which stands for 'son of DAT'. However, Son is also the word for loss in Japanese, which is why it was quickly adapted to Datsun. Although cars of this brand have never really become popular in Europe, it has been one of the market leaders in many parts of the world for many years.

The company that made the Datsun cars was incorporated into the Nihon Sangyo conglomerate in 1933. This company was also abbreviated as NiSan on the stock market and the brand name was derived from this later. With the knowledge of the Datsun automakers on board and through various partnerships with, among others, the American brand Austin, Nissan was introduced as a new car brand by the conglomerate in the 1950s. Although Datsun cars have long been sold more, nowadays Nissan is the best running car brand of the Nissan Motor Company. In addition, the company also sells the often more luxurious Infiniti cars.

Money problems and merger with Renault

Although Nissan quickly made a name for itself worldwide and managed to conquer the world with models such as the Nissan Sunny, Nissan Skyline and Nissan Bluebird, the company continued to deteriorate from the 1990s onwards. The level of debt at that time was so high that the company had to enter into an alliance with the French company Renault in 1999. Although on paper this was not an acquisition but a cooperation, in practice Renault holds 43.4% of Nissan's shares. This is despite the fact that Nissan has only 15% of Renault's shares. This merger gave birth to Renault-Nissan.

The popular models of Nissan

A rear window replacement of a Nissan is possible with us for many models of this brand. Many different models have been sold worldwide over the years. Popular today include the Nissan Leaf. This compact car is the most sold electric car in the world with about 250,000 units. In addition, Nissan has made the Qashqai a popular SUV that is doing very well worldwide. Other well-known models of Nissan that were widely sold or even are still for sale include:

Because of the popularity of this car brand it is certainly recommended to maintain the car well and ensure that repairs are done quickly and accurately. In the second-hand market, Nissan cars can still count on a great deal of interest. This is mainly due to the reliability of the Japanese brand. The cars can normally last a very long time and many models are timeless in terms of styling. If you have broken car windows, it is therefore advisable not to delay the rear window or the Nissan windscreen replacement.

When should I replace the rear window of my Nissan?

You sometimes wonder: 'When should a car window be replaced?' Then we will have the answer. The rear and side windows of a car are made of tempered glass. This glass was heated quickly and then cooled down quickly. This makes the car window very strong, but it will explode into thousands of pieces in the event of a collision or because of vandalism, for example. A repair of the car window is therefore not possible. It is therefore always necessary to have the rear window replacement of your Nissan in case of damage. This is necessary because otherwise the following may occur:

The rear window replacement of your Nissan is required by this laundry list of problems that can arise in the absence of a car window. At a brand dealer, this can be quite a challenge. Luckily there are also ways to replace the rear window of your Nissan more cheaply. Via us you can easily and quickly order after market vehicle glass. After market car windows come from the same factory as car windows with a brand logo. As a result, they are of the same high quality. However, vehicle glass with a brand logo may initially only be sold by authorised brand dealers. Because of this monopoly, the brand dealers are asking for much more money than is strictly necessary. After market automotive glass can also be sold by other companies and therefore the rear window replacement of your Nissan through us is much cheaper.

It is possible through us to do the rear window replacement of your Nissan yourself. Simply order the car window you need and have it delivered to your home or pick it up free of charge at one of our locations. If you do not have this knowledge in-house, our certified assembly partners will be happy to assist you. These experts even come on site to replace the rear window of your Nissan. Thanks to our excellent products and service, you can quickly get back on the road safely and confidently with your car.